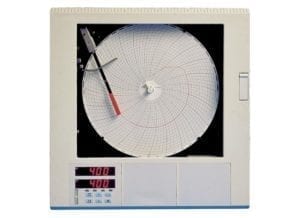 Whatever you call it, it all boils down to using heat and humidity to save time and accelerating the aging process.

In many cases, an off-the-shelf environmental chamber is sufficient for this task. Even some critical applications can be handled by something only marginally more complex than a home oven. In these cases, provided you can verifiably maintain a steady 60ºC for weeks on end, then you can reliably simulate years spent sitting on the shelf under normal conditions.

But there are some applications that require more. This is especially the case when testing advanced synthetic materials, electronics, or medical devices/package integrity under ASTM standards (such as ASTM F1980).

In the real world, these items may be subjected to massive swings in temperature, pressure, and humidity. Good accelerated lifecycle testing in this context demands equipment with precise and accurate temperature and pressure controls, customisable pressure and temperature ramps, detailed logging, automatic cycle repeat, and a flexible programmable control system.

The Fundamentals of Accelerated Lifecycle Testing

Many material degradation mechanisms come down to chemical reactions. And, In most cases, chemical reaction rates approximately double with each increase of 10ºC. As such, for monolithic synthetic materials—such as closed-cell foams, plastics, and polymers—it’s easy to reliably double their aging rate. On the other hand, for many natural materials (like paper), a 10-degree increase can make aging occur hundreds of times faster, especially as you begin to vary humidity, UV exposure, and other factors.

Steam-fed industrial sterilisers have been a regular part of the industrial accelerated aging for decades. But today’s autoclave market is dominated by purpose-built and “medical grade” units. These are optimised for a specific task — like curing composites or sterilising instruments to be used during medical procedures. As such, they lack the flexibility, ease of use, and robustness of more traditional “general purpose” laboratory autoclaves.

A general-purpose lab autoclave offers significant energy and cost savings over purpose-built sterilisers. More importantly, they have a much broader operational range with much greater cycle flexibility. For example, the Tactrol control units included in every Priorclave light industrial autoclave can easily run cycles of not just 0 to 120 minutes (standard medical cycles), or 0 to 999 minutes, but 0 to 999 hours—with “Automatic Cycle Repeat,” if needed. As such, a test item can be subjected to hundreds of identical temperature and pressure ramps without human intervention or “babysitting.” A military contractor can put a sample of their newest ballistic material in a Priorclave, push a single button, and walk away. Their Priorclave will run for weeks on end, simulating years of exposure to harsh conditions.

Priorclaves are regularly used to determine the durability of disposable contact lens packaging and lifespan of reusable connectors on electronic medical devices. They’ve tested the limits of the lead-free solder connections in cell phones, and simulated the weathering endured by spacecraft thermal tiles. For years the U.S. Army has had a Priorclave at their Aberdeen Proving Ground, where it is used for accelerated aging and destructive testing of ballistic materials.

In 2015 Blue Belt Technologies was working on a new robotics-assisted suite of tools to improve partial and total knee replacement surgery. The system relied on several reusable components that must be sterilised after each procedure. These included an electrical sensor encased in a metal and plastic enclosure assembled with epoxy. Blue Belt had a variety of concerns about how this device would hold up to repeated uses and sterilisation. They wanted to run it through hundreds of sterilisation cycles, but off-site services were expensive, and conventional autoclaves needed to be manually operated and monitored. Under these conditions, even a single testing cycle took months. With our help, Blue Belt increased prototype testing throughput by 500%, doing months of testing in mere days—twice the work in half the time.